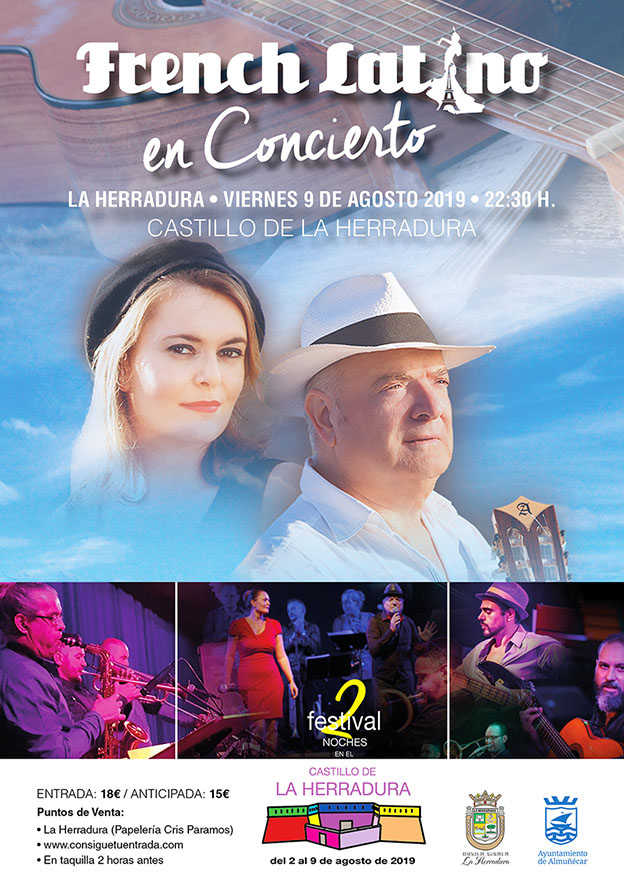 More than 12 years acting on stages around the world

French Latino is an atypical group, as timeless as fresh and new. The combination of their trans-Mediterranean music with the complicity between generations that Michelle and Jean Paul show on stage, make each performance a different, exciting, unforgettable experience.

facebook.com/FrenchLatinoMusic – More than 83.000 followers from around the world.